It’s business as usual at the BoJ.

During its policy meeting Wednesday, the bank signaled its intention to stand pat and continue existing QE measures, such as maintaining ultra-low interest rate policy, purchasing ETFs and J-REITS, and continuing corporate lending programs as well as corporate bond and CP purchases until at least March 2021.

In a near unanimous decision, the bank also decided to continue its controversial negative interest rate policy by applying an interest rate of negative ten basis points to any current accounts held at the bank and set its 10-year JGB rate target at near zero.

With the exigent threat of the pandemic still ongoing and deflation already present and projected to worsen on the horizon, the bank’s actions – the size and scope of which are almost incomprehensible – are not all that surprising. From both the producer and consumer side, prices have fallen rapidly; the bank itself is projecting the CPI to fall to at least negative 50 basis points through March 2021. 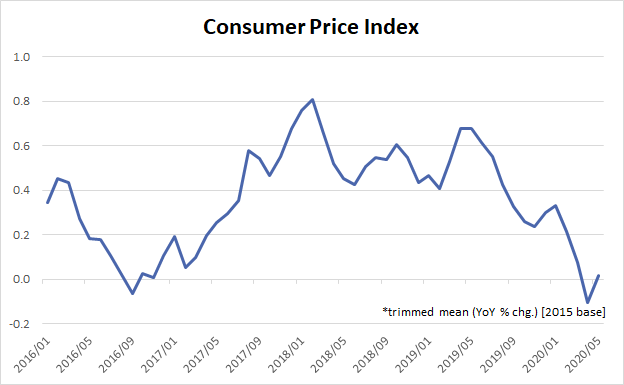 And the latest data from the June TANKAN* survey should have set off alarm bells among the members of the policy board. With a majority of firms reporting unfavorable business conditions and excess supply/capacity, deflationary conditions are almost certain to persist in the near future.

*The BoJ’s TANKAN is a compilation of statistical measures reflecting current business outlook in Japan similar to other business conditions surveys in the U.S. 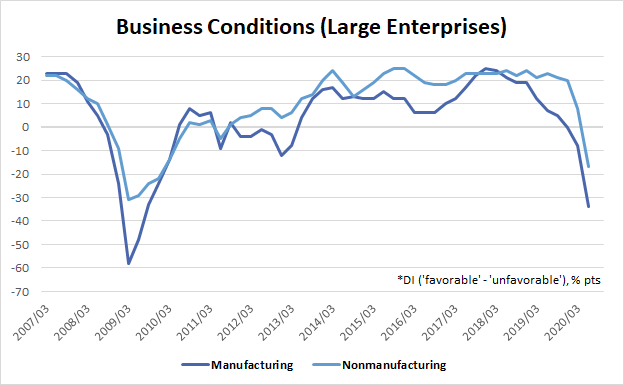 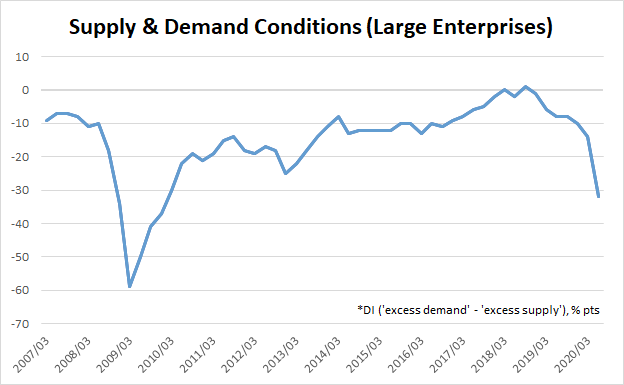 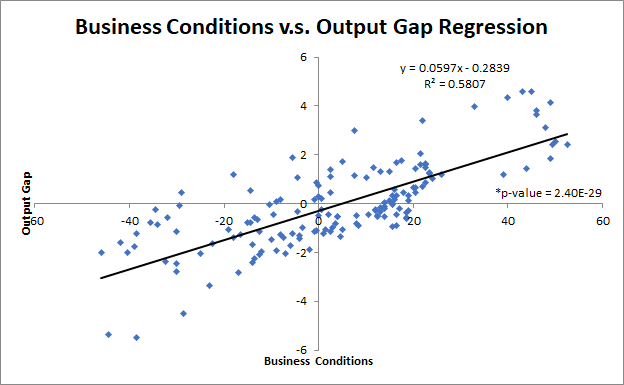 As one of the main determinants of inflation, the existence of an output gap implies movement in inflation; this is well-established. While this relationship is less sound if expressed in a regression as below – (1) likely because it is difficult to estimate output gap accurately and (2) because of the number of outliers – we can still see the clear positive linear trend. For example, if we assume the bank’s projection of a -0.5% inflation rate to be accurate, we can predict the output gap through March 2021 to be -3.29. 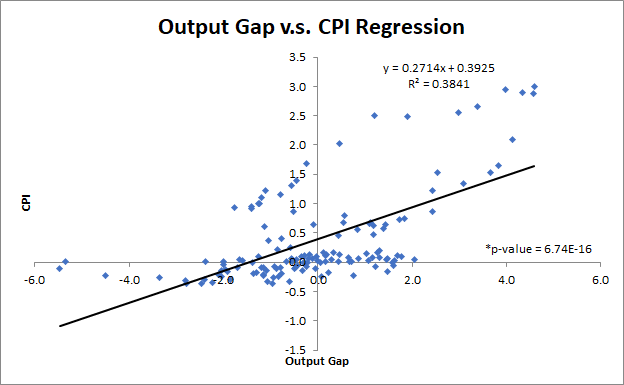 From the producer side, we can also observe a relationship that suggests more deflation in the future, that between the supply-demand diffusion index and price index from the TANKAN survey. Logically, as more firms report excess supply (as opposed to excess demand), more firms tend to report falling prices, and vice-versa. This relationship is not entirely strong as there are significant outliers, however, a positive linear trend does exist. 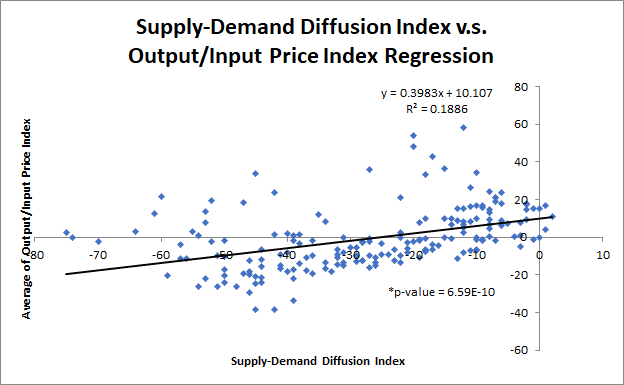 Deflation aside, Japan also faces a dismal outlook for growth. In April, the BoJ reported it was projecting the economy to shrink between three and five percent this year; in its latest meeting, the bank updated its projection to a more precise figure of -4.7%. 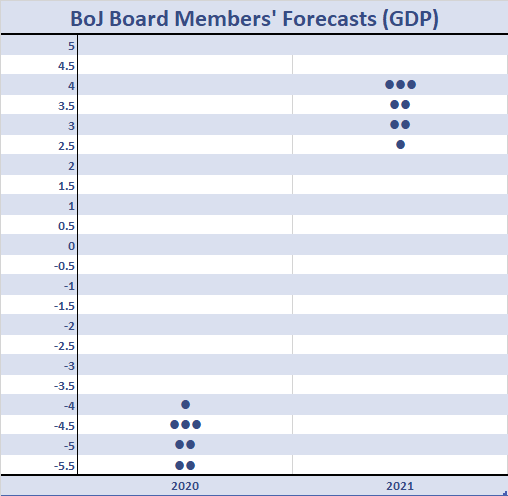 This issue of persistent deflation and worsening growth prospects is reminiscent of the 2008 financial crisis and Japan’s ‘lost decades’; yet, this is not a uniquely Japanese problem – it is a fundamental structural issue the entire developed world faces. Ironically, despite these dimming growth prospects and deflation expectations, Japanese firms are still reporting a net labor shortage; though, that seems to be on track to change. 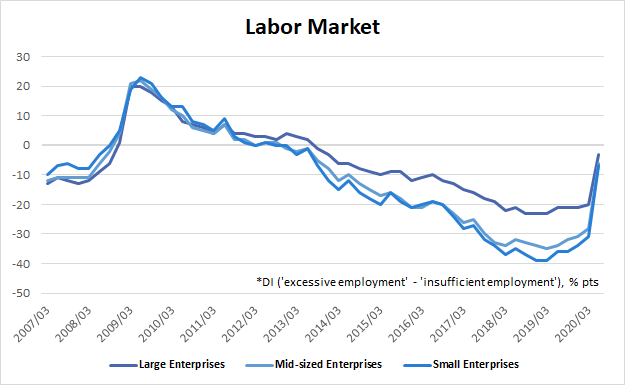 The question that remains is whether the monetary policies that the BoJ has put in place will be enough to stave off any potential hysteresis effects or extended malaise that could set in as a result of this pandemic/economic crisis. Considering further that, reflecting similar environments in the U.S. and Europe (albeit not as extreme), Japan’s monetary policymakers have been left carrying the bag, so to speak, of economic relief as fiscal policymakers have largely checked out, washed their hands of any further action post initial stimulus, and become mired in petty political squabbles, Japan (along with much of the developed world) is in a deeply troubling situation.

(Source for all images: Raw data obtained from Bank of Japan)