JinkoSolar (JKS) has been on an impressive run over the past few months. While JinkoSolar has not recovered to pre-pandemic levels, the company is experiencing solid upward momentum. The company also continues to innovate at a rapid pace despite tough economic conditions. In fact, the company recently broke another solar cell efficiency record.

JinkoSolar is rapidly becoming one of the most technologically advanced solar companies in the industry. This is all the more impressive considering the fact that JinkoSolar is also one of the largest solar manufacturers. The coronavirus could actually help JinkoSolar gain even more market share over the next few quarters. Although JinkoSolar experienced a weak Q1, the company is well-positioned in the long term.

US solar manufacturers have traditionally held an edge on the efficiency front. JinkoSolar is changing this dynamic with its recent success in raising efficiencies. JinkoSolar also boasts one of the lowest cost structures in the entire solar industry. If JinkoSolar can continue to increase efficiencies while keeping costs low, the company should be able to take even more market share.

JinkoSolar manufactures some of the most efficient solar products on the market.

JinkoSolar continues to be negatively impacted by COVID-19 much like the rest of the solar industry. JinkoSolar has generally found it more difficult to obtain raw materials needed for its business. The company has also experienced logistics and transportation disruptions. Despite all these challenges, JinkoSolar has still managed to operate relatively smoothly. In fact, the company was able to sell two power plants with a total capacity of 155 MW in March.

JinkoSolar could actually come out of the pandemic in a stronger position as the industry further consolidates. Smaller players will likely have a harder time surviving during the pandemic as solar ASPs come under pressure. Larger players like JinkoSolar will have less difficulty adjusting to such price pressures. Outdated capacity from less competitive players is expected to be pushed out of the market over the next few quarters.

The company has also managed to increase its gross margin to 19.5% in Q1. This gross margin increase was largely a result of lower costs and the company’s move towards mono capacity. However, gross margins are expected to fall to the 16-18% range in Q2 as the negative impacts of COVID-19 are more fully realized.

JinkoSolar has been steadily improving its gross margins over the past few years.

For decades, the solar PV industry has been dominated by solar pure plays, relatively small startups, and Chinese commodity-style manufacturers. The solar landscape is now rapidly changing as solar PV starts to enter the mainstream. Cost-effective energy storage, in particular, has been key for the mainstream acceptance of solar PV.

The rise of batteries, driven by the explosive growth of electric vehicles, is now making cost-effective energy storage a reality. This is attracting technology powerhouses like Tesla (TSLA) and giant energy companies like AES Corporation (AES) to the solar industry. While many of these companies currently buy solar products from companies like JinkoSolar, this could easily change moving forward. As solar becomes more attractive as a business, larger companies could easily start to manufacture their own panels.

JinkoSolar has managed to cement a dominant presence in the traditional solar PV markets. However, newer industry entrants are bringing a level of innovation not seen over the past decade. Tesla, for instance, is planning to ramp up production of its Solar Roof. The solar roof consists of roof tiles that essentially act as solar panels. This product is such a departure from traditional systems that JinkoSolar would have a hard time adapting if the industry were to move towards such products.

If more innovative products like the Solar Roof start to gain traction, JinkoSolar could find itself in an incredibly difficult situation. 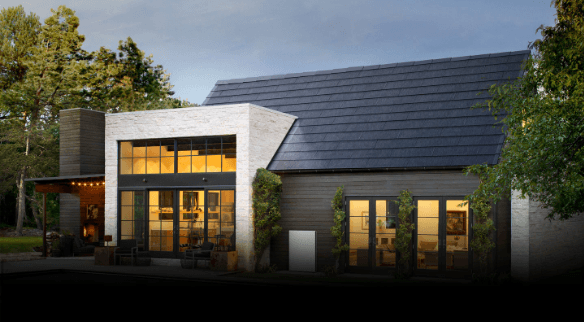 The global pandemic is putting a major strain on the solar industry. Despite this, JinkoSolar is still managing to innovate at a rapid pace. JinkoSolar is an attractive buy at its current market capitalization of $897 million and forward P/E ratio of 5.5. The company is not only leading on the technology front, but also on the cost front.

The arrival of newer industry entrants like Tesla does pose large threats to JinkoSolar. Large technology companies like Tesla and large energy companies like AES Corporation have billions of dollars at their disposal. This influx of competition can seriously impact JinkoSolar’s long-term prospects. At present, however, JinkoSolar is strengthening its position as a leading solar powerhouse.