Watch the YouTube video below for details on economic implications of the $600 weekly unemployment benefits (set to expire July 31, 2020):

I will be providing a quick background on the U.S. unemployment landscape right now, and then discuss with you about a different perspective in regards to the economic impact of this $600 weekly unemployment benefit. So please stick to the end of the video to find out.

If you’re new to the channel, please know that I work on videos covering stocks, macroeconomics, and other related financial news. If those things sound interesting to you, then please subscribe to my YouTube Channel as well as give me a thumbs up.

According to a New York Times’ article, there was over 22 million jobs that were created from October 2010 to February 2020. Due to the coronavirus and businesses shutting down, all 22 million of these jobs were lost in March and April 2020. However, we hopefully may be seeing a positive trend in jobs regained if the month of June turns out to be positive. 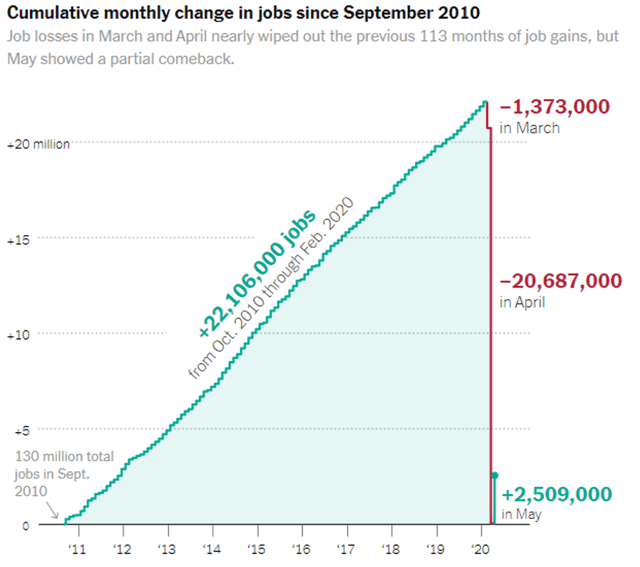 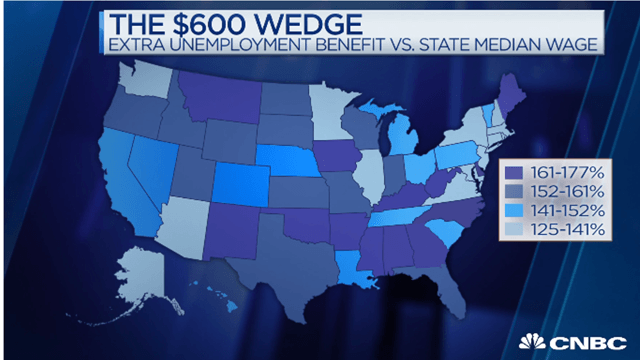 The weekly supplemental $600 benefit is set to expire at the end of July if the U.S. Senate and President Donald Trump don’t pass the $3 trillion HEROES Act stimulus package, which would extend the $600 weekly add-on unemployment benefit into January 2021. The proposed $3 trillion Health and Economic Recovery Omnibus Emergency Solutions (HEROES Act) would authorize another round of stimulus payments for most U.S. households. While the bill was passed by the Democrat-controlled House last month, it still must get through the Republican-controlled Senate.

The Senate Republicans, led by Mitch McConnell, have mentioned that the bill that they’re working on now will not exceed $1 trillion. Please note that the Democrats have proposed a $3 trillion HEROES Act bill. As well, McConnell mentioned that this would be the last coronavirus stimulus bill that Congress will pass. 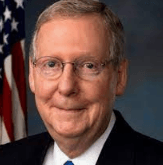 Let’s set politics aside for a second, and discuss both the Democrat’s and Republican’s view on this $600 weekly benefit.

For example, the Democrat’s view is that if the extra $600 unemployment benefit expires, millions of Americans will have less money to spend in stores, and that could ultimately lead to more unemployment. Job openings are expected to continue to dwindle, suggesting that more Americans are unlikely to leave their state’s unemployment insurance program. It’s not true that there’s a pool of jobs out there that people would fill if they weren’t receiving unemployment benefits. This belief of higher unemployment is reiterated according to an article by Heidi Shierholz, an economist at the Economic Policy Institute.

Republican lawmakers hold that the $600 weekly boost in unemployment insurance during the pandemic is a disincentive to return back to work, given that people could earn more from not working.

Economic impact of the $600 in weekly unemployment benefits – Perspective #1: Would boost GDP by 3.7% and add 5.1 million workers

According to Josh Bivens, director of research for the Economic Policy Institute, he believes that extending the $600 weekly benefit is crucial for the U.S. economy. The Bureau of Economic Analysis (BEA) released data today on personal income showing that the extra $600 in weekly unemployment insurance (UI) benefits – set to expire at the end of July – boosted incomes by $842 billion in May (expressed at an annualized rate). The team estimates that extending the $600 UI benefits through the middle of 2021 would provide an average quarterly boost to gross domestic product (GDP) of 3.7% and employment of 5.1 million workers.

Ultimately, Josh Bivens believe that hounding potential workers into more intense job-searching by making UI benefits less generous doesn’t result in more jobs being created. He jokes that it just results in more frustrated job searches. This logic became even more compelling during the first phase of the economic collapse caused by the coronavirus. There is simply not enough jobs to employ willing workers.

Economic impact of the $600 in weekly unemployment benefits – Perspective #2: For every $1 in benefit, it would add $1.64 to GDP

Another perspective can be found in the Moody’s Analytical article published by Mark Zandi, chief economist at Moody’s Analytics. For every dollar spent on unemployment insurance, there’s a multiplier effect leading to a $1.64 increase in GDP. Mark claims that, “extending UI and expanding food stamps are the most effective ways to prime the economy’s pump. A $1 increase in UI benefits generates an estimated $1.64 in near-term GDP.”

The idea by Mark is that people who receive these benefits are very hard-pressed and will spend any financial aid they receive within a few weeks. These programs are also already operating, and a benefit increase can be quickly delivered to recipients. For example, in the diagram below, the person will use the unemployment benefit to purchase food from a store, which allows the farmer to keep his job. Likewise, since the store is able to sell food, it is able to keep their staff hired. If the store does well enough, perhaps they may even hire the unemployed person. The farmer’s company may even hire the unemployed person if they do well enough too. 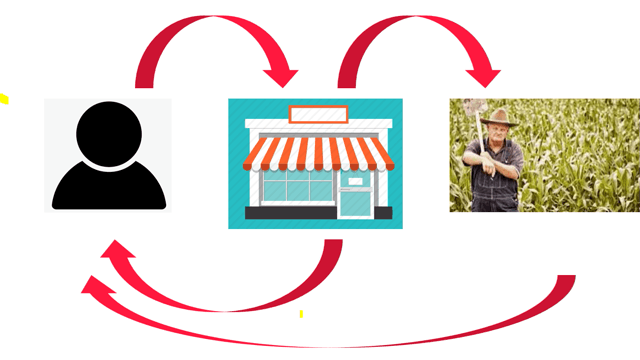 Additional disclosure: Disclosure: I wrote this article myself, and it expresses my own opinions. I am not receiving compensation for it (other than from Seeking Alpha). I have no business relationship with any company whose stock is mentioned in this article. This article represents my own opinion and is not a substitute for professional investment advice. It does not represent solicitation to buy or sell any security. Investors should do their own research and consult their financial adviser before making any investment.