It’s been just over a year since my previous article on Ross Beaty’s Equinox Gold (EQX) and the latter has been a very good investment over this period. A lot has changed in a year at the company, mainly due to the acquisition of Mexico-focused sector player Leagold in March 2020. The deal increased the number of Equinox’ producing gold mines from two to six and the company is a lot closer to its goal of producing over a million ounces per year. However, I no longer think that Equinox looks cheap.

The business of Equinox Gold

Equinox owns the Aurizona, Fazenda, Los Filos, Mesquite, Pilar, and RDM gold mines as well as the Castle Mountain, and Santa Luz projects. The main assets of the company are the Los Filos and Aurizona mines as well as the two gold projects as they will be the driving force for its expansion to a million ounces of gold per year.

Looking at the reserves, Equinox has over 12 million ounces of gold. However, you have to take into account that almost eight million ounces come from Los Filos and Castle Mountain. Fazenda, RDM, and Pilar are very small mines, while the reserves at Mesquite are relatively close to being depleted. 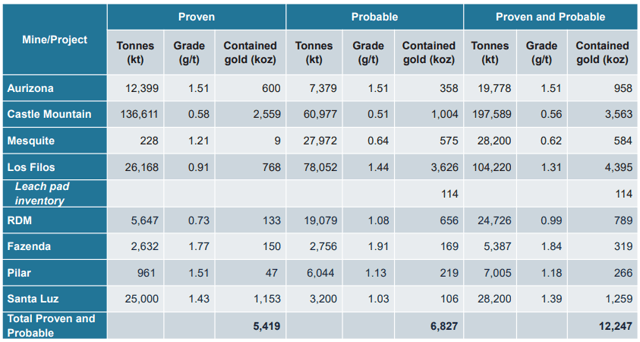 In 2020, Equinox expects to produce 540,000-600,000 ounces of gold at all-in sustaining costs (AISC) of $1,000-$1,060 per ounce. Over the next few years, the expansion of Los Filos and the opening of Castle Mountain and Santa Luz are set to help the company reach that one million ounce per year objective.

I think that the jewels in Equinox’ crown are Castle Mountain and Los Filos.

Castle Mountain has very good reserves and exploration potential, low AISC and a very long life of mine. Here are the key financials according to the July 2018 pre-feasibility study. 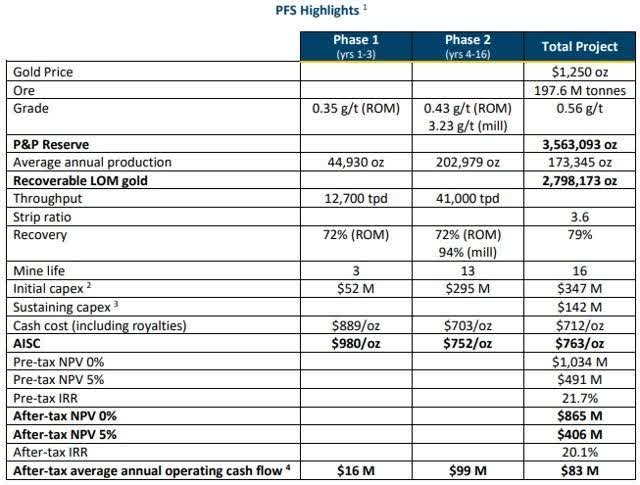 Some time ago, former Newcastle Gold CEO Gerald Panneton was talking about Castle Mountain being a $1 billion project and you can really see that at the current gold price of over $1,700 per ounce. Also, keep in mind that Castle Mountain and Mesquite are just 200 miles apart, which means there are a lot of regulatory, social, permitting, operating and administrative synergies that can be realized.

Los Filos is a large mine with around 180,000 ounces of gold of annual production at AISC of around $1,000 per ounce. Still, a reserve base of this caliber opens a significant range of opportunities for expansion. According to Leagold’s March 2019 feasibility study for the expansion of Los Filos, the increase of output to 350,000 ounces per year would cost around $213 million and bring down AISC significantly. This expansion makes a lot of sense from an economic perspective as the internal rate of return is 86% even at $1,250 per ounce of gold. 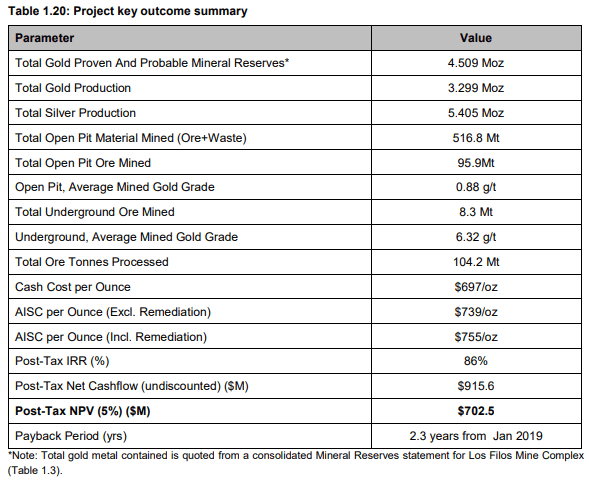 Some $180 million of the initial capex will be needed to develop the underground portion of the Bermejal deposit and to build a new 4,000 ton per day CIL plant. 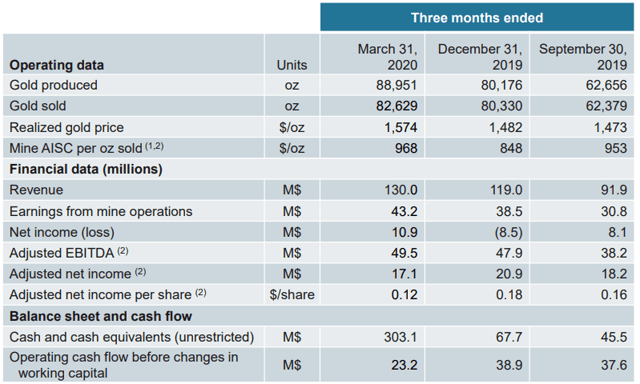 As you can see, Equinox Gold has a very strong balance sheet with $303.1 million in the bank as of the end of March 2020, which increased to $480 million by May. However, the drawn debt of the company stands at $512 million as of the end of May.

We also need to keep in mind that the growth of Equinox will require significant capex. As already mentioned, the initial capex of Castle Mountain is $347 million, while the one for the expansion of Los Filos is $213 million. An underground expansion of Aurizona would cost $70 million, while the restart of Santa Luz would require $82 million.

Of course, the capex needed for all of these projects will be spread over several years and the non-sustaining capex earmarked for 2020 is just $143 million. But these funds will need to be invested.

As of time of writing, Equinox has a market capitalization of $2.45 billion and its enterprise value stands at $2.48 billion. I think this is too high for a gold producer with an output of below 600,000 per year at AISC of around $1,000 per ounce, but you could argue this is justified as there are significant growth projects and that the company is generating over $400 million in EBITDA on an annual basis at the current gold price. However, the growth projects will take some time to materialize and I don’t think the high gold prices are likely to last looking at the graph for the past decade. 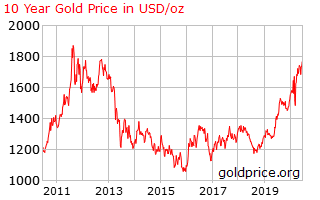 Looking at valuation per ounce in the ground, Equinox is currently trading at around $200 per ounce of reserves. This doesn’t seem high, but as mentioned, the majority of reserves come from just two properties, one of which is still not in production.

Equinox executive chair Ross Beaty has been nicknamed “the broken slot machine” for his remarkable consistency at making shareholders rich. Over the past few years, he has managed to deliver once again with Equinox in no small part thanks to the high price of gold.

I’ve been bullish on Equinox since its creation in 2017 but now I no longer think it presents a compelling investment opportunity. Unless, of course, you believe the price of gold can hold these levels for a prolonged period of time.

Additional disclosure: I am not a financial adviser. All articles are my opinion – they are not suggestions to buy or sell any securities. Perform your own due diligence and consult a financial professional before trading.