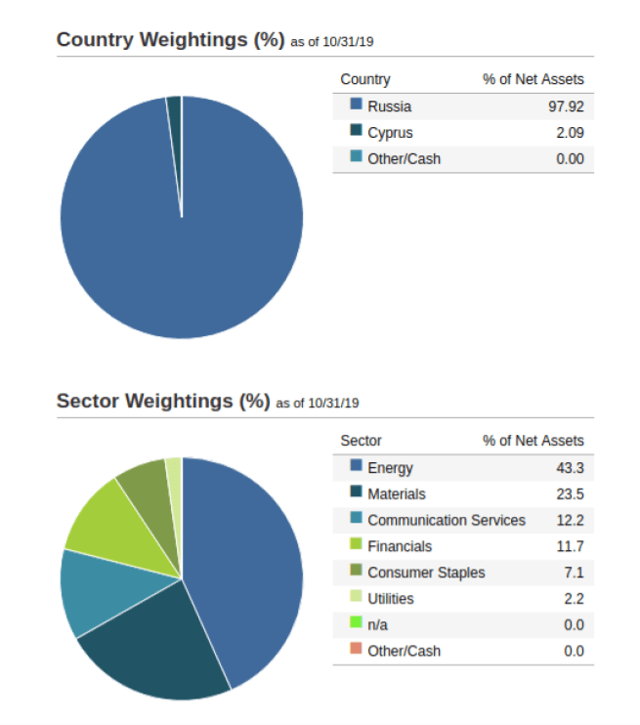 According to the latest official data, in October, the Russian retail turnover growth rate accelerated to 1.6% YOY (+0.7% YOY in September). It’s the best result in the last seven months. 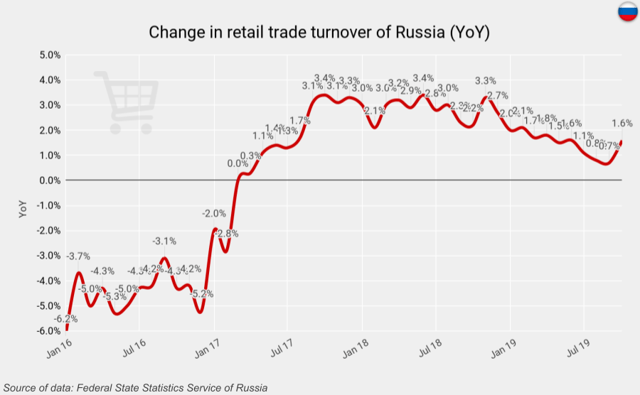 At the same time, there was a slight increase in the growth rates of real and nominal wages. 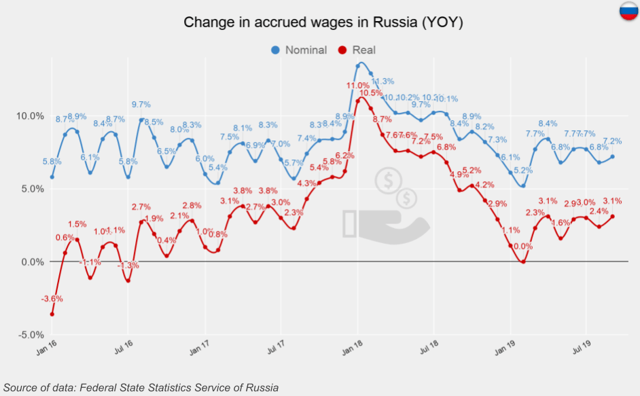 However, it occurred primarily due to the lowering inflation, rather than raising salaries:

So, most likely, the Russian domestic demand will increase in the coming quarters. And this will have a positive impact on the companies in the Russian retail sector. But, taking into consideration that such companies make up only a small part of the RSX’s portfolio, this plays a secondary role in this analysis.

Let’s look at the industrial production.

In October, the Russian industry grew by 2.6% YoY. It’s the worst result in the last five months. 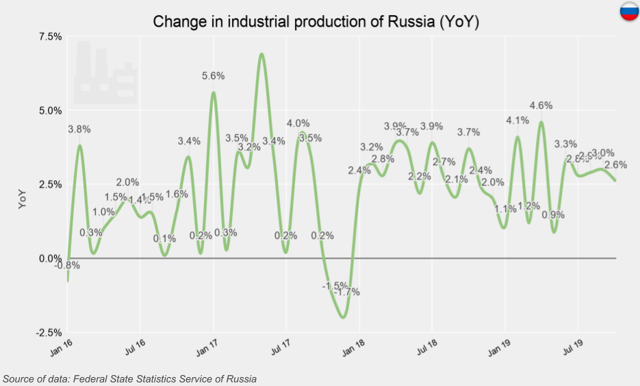 The structure of the index has recorded a decrease in the growth rates of practically all components. The growth rate of the mining industry, the basis of the Russian economy, fell to a two-year low. I want to remind you that Russian energy companies form 43% of the RSX’s portfolio, and they are, in turn, mainly represented by oil companies. 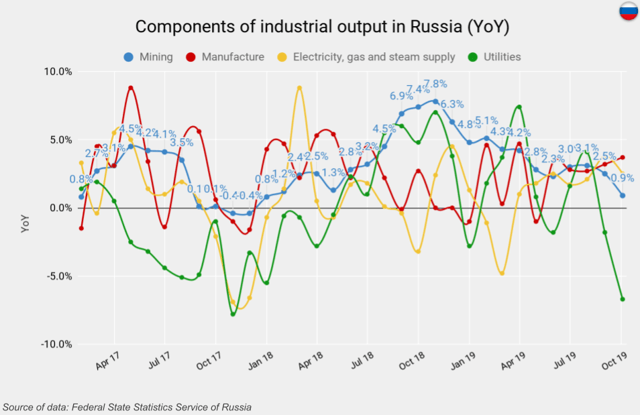 In 2019, the growth rate of the mining industry in Russia tends to slow down, which is a direct consequence of participation in the OPEC+ deal.

Most likely on the next week’s meeting, OPEC will continue the cuts. It is particularly noteworthy that Russian oil companies proposed earlier to keep their output quotas unchanged. It means that most likely the “plaster” won’t be removed from the Russian oil industry. This is a negative sign for RSX. 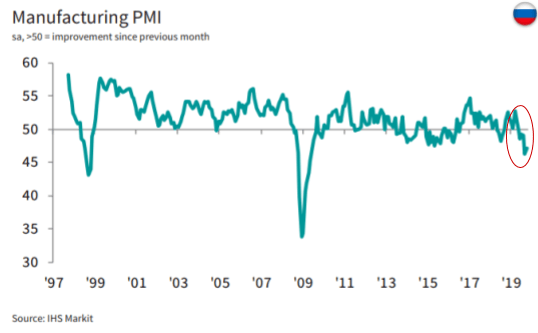 Here is an extract from the comments on this study:

So, as you see, Russia is one step away from stagnation.

So, there is no reason for great optimism. Russia’s participation in the OPEC+ deal will restrain growth in the mining industry which accounts for a good half of the country’s total industry. And therefore now I see no fundamental reasons for the RSX growth.

Under such conditions, it is most likely that the RSX is in for a sideways trend in the near future. 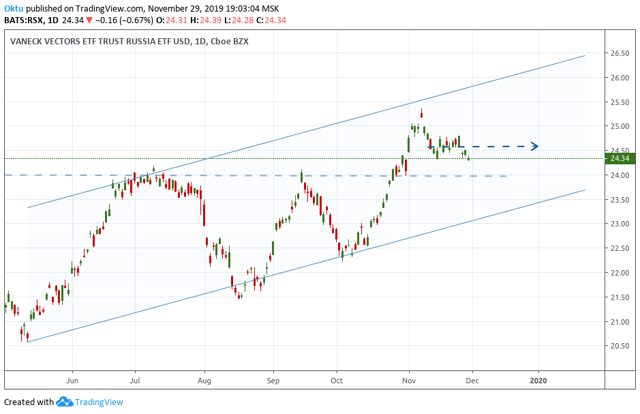